In my previous post, "How To Deploy Multiple VMs Using PowerCLI" I showed how to script creating multiple VMs using PowerCLI and a Hash Table to track the build status. In that post I mentioned it was my first attempt at such an approach. Though this script had the potential to save someone quite a bit of time, it is actually a pretty tedious task to answer all of the questions the script prompts the user for and requires the user manually input the values needed for things like which ESXi host, Datastore, etc. to use for the VM build process.

This would likely result in an added step of the user needing to look up this information and could result in user error while mistyping information into the prompt.

While contemplating how to solve this problem I was recently introduced to parameters and using them in PowerShell to collect information from the command line and store their values into variables as part of another project I'm working on. 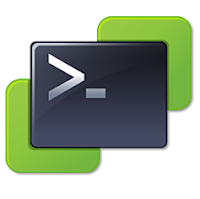 IT Takes A Village...

"IT Takes a Village", taken from the African proverb, "It takes a village to raise a child." might seem like an odd sentiment and title for a blog about Information Technology and Virtualization.  As I mentioned in my introductory post I am also very passionate about the IT community and this growing passion is what ultimately led to my decision to finally step outside of my comfort zone and start this blog.

I recently attended VMworld 2017 and the great conversations I had the opportunity to engage in while there were absolutely priceless. I wouldn't have asked my current employer to send me to VMworld in the first place if I hadn't been encouraged to by a number of community members. These conversations and the advice I received gave me that final push I needed to start this blog, to step out of my comfort zone, and to be more active in the IT community.

Welcome to The Virtual Village 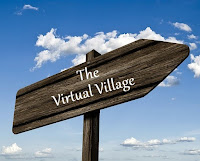 Welcome to The Virtual Village. My name is Chad Roth and I am an IT Systems Administrator currently working for an SMB and pursuing my VCP6-DCV (my first VMware certification). Being the sole Systems Administrator for a SMB means you need get to wear a lot of hats, usually in the same day. Among all of these skills, virtualization (VMware to be exact) is by far the one I am most passionate about. I mean, who wasn't blown away after their firsthand experience with virtualization technology?